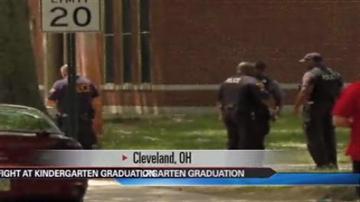 CLEVELAND — Eight people are in jail after a fight broke out at a kindergarten graduation ceremony.

The Cleveland elementary school went on lockdown Friday as a result of the fight.

Several parents came to the school when they learned police were responding to the incident.

"I was concerned because there is so much going on at the schools today, you know. I was really concerned," said Dwayne Harris, a grandfather of two students at the school.

No one was injured during the fight.

All eight involved face a charge of aggravated rioting.