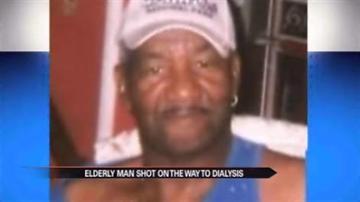 CHICAGO -- Saturday night, ABC 57 News told you how the crime and murder rates were on the decline in Chicago.

A new story hinting at the return of violence has surfaced.

William Strickland of Chicago was waiting for a driver to take him to a dialysis appointment. While waiting, he was shot right outside of his home.

The attack happened during the morning hours as he was headed to the medical appointment.

Friends of Strickland say he had been undergoing treatment for around five years. Strickland went three times a week and early on the weekends.

Police say Strickland was standing outside when two attackers walked up, robbed him and shot him multiple times.

Strickland lived in the neighborhood for around 30 years, surrounded by family.