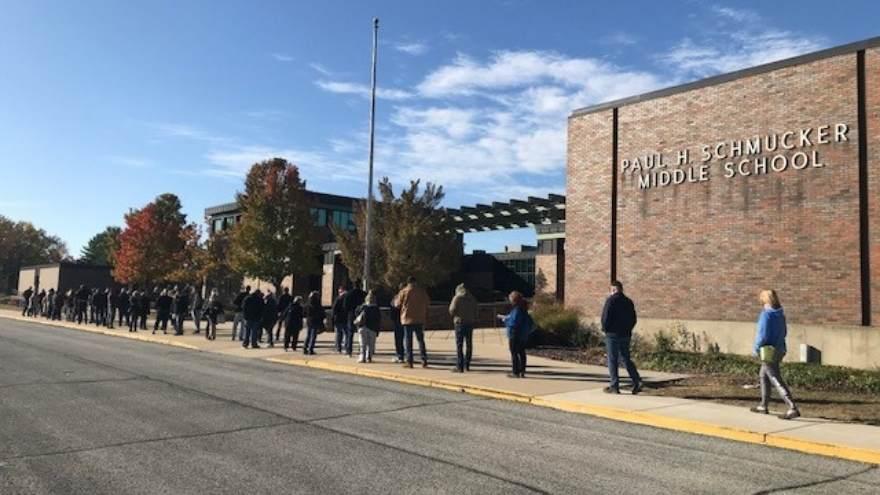 MISHAWAKA, Ind.—An official with the St. Joseph County Election Board said Tuesday that an issue at Schmucker Middle School, a polling location, was raised, investigated and resolved.

A concerned voter said they reported to the election board that poll workers at the middle school were asking those in line if they were in the military or not.

The voter said that those who responded yes were then moved to the front of the line.

“It seemed like it was a nice gesture. You would think that it is but anything you can do can sway one vote one way or another. Not that people are going to be changing their minds at the last minute but in the election that’s this important, people can swing a vote based on favoritism," the voter said.

The St. Joseph County Election Board Chairperson, Catherine Fanello, said that while the action is not illegal, poll workers are trained not to move voters in line.

Fanello said poll workers thought they were making a kind gesture but the move can be perceived differently to voters and that’s why the “no skip” rule is in place and lines are "first come, first served."

The election board said the issue has since been resolved.