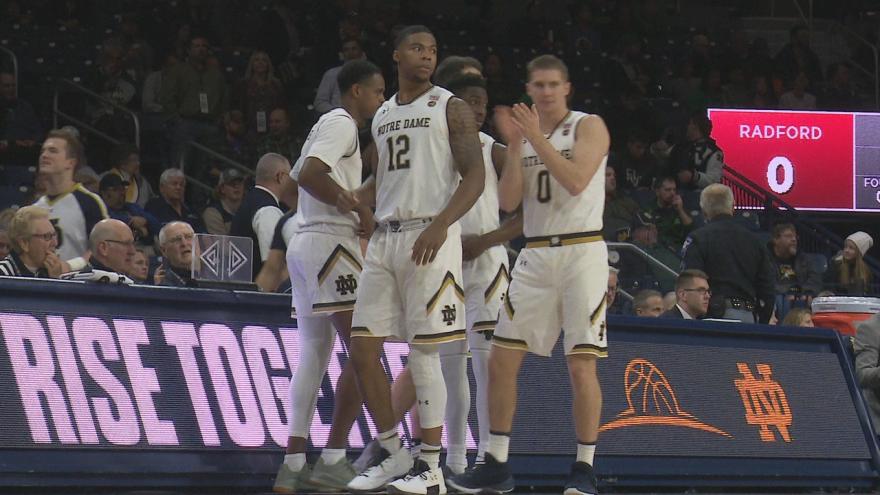 SOUTH BEND, Ind. - In a program release Tuesday morning, Notre Dame men's basketball announced senior forward Elijah Burns has left the team and will seek a transfer at the end of the semester.

Burns, who is scheduled to graduate in December, could potentially apply for immediate eligibility at another school. Past this season though, he still has a full year of eligibility remaining after sitting out his freshman campaign of 2015-16.

“We fully support Elijah in his decision to move on from the University of Notre Dame following his graduation in December. We will provide any assistance he may need as he takes the next step in his academic and playing careers," he said. "It is always tough when one of our guys doesn’t end his career here, but we are proud that he will achieve the ultimate goal of any student-athlete that comes through our program - to leave Notre Dame with a degree from one of the top institutions in the country.”

Burns was selected as one of three captains before the season, alongside Rex Pflueger and T.J. Gibbs, but saw his on-court role diminish in the past couple of games.

After scoring a career-high 15 points against Chicago State, Burns only saw the floor for 16 total minutes in an upset loss to Radford and a win over William and Mary. He did not score in either appearance.