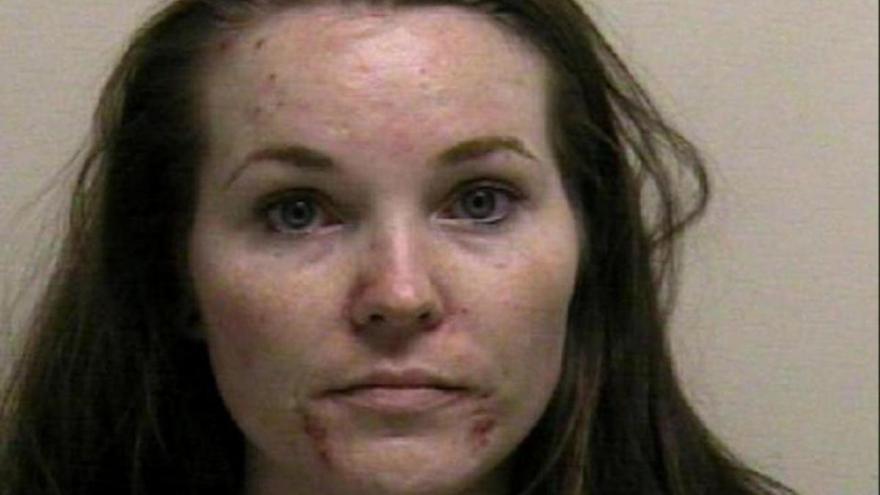 Christenson admitted to leaving crushed suboxone — a prescription pain medication used for pain management and for addiction treatment — within reach of her children, distributing suboxone in a drug-free zone, and causing or allowing someone to cause harm to a child.

Christenson was charged alongside her common-law husband, 29-year-old Colby Glen Wilde, who pleaded guilty in a deal with prosecutors in August and was sentenced to prison last week.

Police say the parents feared that the baby girl born to them April 9 was born with an opiate dependence. In order to hide signs of withdrawal, Wilde mixed crushed suboxone pills with water and applied it to the baby's gums, according to charging documents.

The charges allege that while Christenson "pointed the finger at Wilde" for having given the baby the drug, "she knew what he was doing, why he was doing it and did nothing to stop him."

Following the couple's arrest, two of their children living in the home also tested positive for methamphetamine in their system, court documents state.

"The health of the three children has been seriously impaired and all have required ongoing medical care," police wrote in the charges.

A monthlong investigation into the couple began June 26 when police say Wilde attempted to pull items from shelves in a Walmart store and then return them to the store for money. As he tried to flee, carrying his infant daughter in a car seat, police say he ran into the store's sliding glass doors and then a pillar, twice dropping the seat before handing the car seat with his child in it to a stranger and taking off.

Wilde was arrested soon after. Christenson, who was in the store with her three boys, ages 8, 4 and 2, was arrested on an outstanding warrant, and her children were taken into protective custody.

Prior to Wilde's sentencing, a paternal grandmother of Christenson wrote to the judge insisting that, until a year ago, the couple had been loving and responsible parents. The woman asked the judge to make it possible for the family to be eventually reunited.

"Lacey has always been an attentive mother and Colby a caring father. The children were always provided for and loved dearly. The house was clean and food was abundant," the grandmother wrote.

She went on to say, "Until about a year ago you wouldn't have met a better couple of parents. I am not sure what brought about the desire to try heavy narcotics."

Sentencing for Christenson is scheduled for Nov. 28.