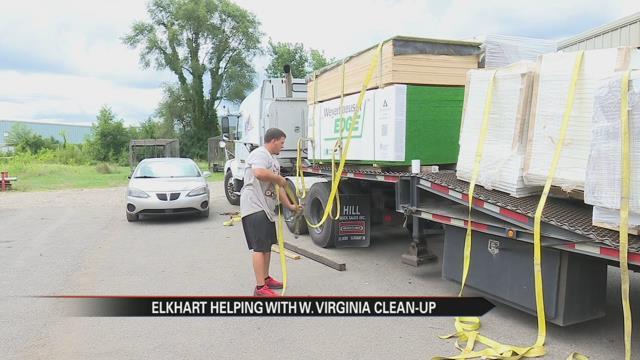 A truck left from Elkhart Friday carrying many supplies.

The supplies, mainly housing equipment, are being carried to Rainell, West Virginia as relief from the damage caused by flooding in June.

"I'll be back with a semi loaded with building materials," Sims says he promised.

It took some major effort.

"I put myself on a mission to try to call as many businesses as I could to see who would like to help and be part of something bigger than ourselves," Sims said.

Many businesses jumped on board.

Among them, Committed Trucking, which lent a semi and employee time.

"We've donated some goods to be taken down to West Virginia and let everybody store everything here," Mike Stutsman, owner of Team Spirit Trailers said.

Unlike Sims, who has family in Rainell, Stutsman and others who donated have no connections to the West Virginia town.

"Just to help people. that's what everything's made from. Everybody has to help each other or we're not going to have nothing," Stutsman said.

It's that spirit Sims says amazed him the most, and allowed him to load up more supplies than he thought possible.

"It's incredible. It's uplifting," Sims said.