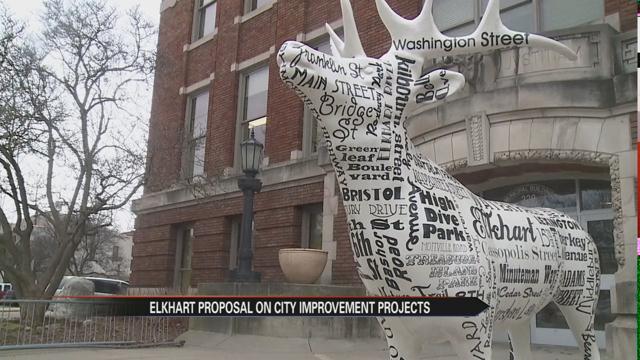 $7 million in city improvement projects is on the table in Monday night's Elkhart Common Council meeting.

It's an all-or-nothing proposal where the Redevelopment Commission wants the money to go towards boosting the downtown area.

That includes areas like Main Street and the Riverwalk as well as existing buildings like the YMCA.

It's part of a campaign started in 2014 to revamp downtown Elkhart.

The proposal calls for the board to issue $7 million worth of bonds for the downtown district.

Both the Common Council and the board's Finance Committee will discuss it Monday night.

One of the many proposed projects is a $600,000 purchase of a property near the St. Joseph River and Goshen Avenue.

Additionally, there are plans in the proposal for three new public parking lots for Main Street and Island Park.

The Redevelopment Commission says the move is in the best interest of the city and its residents.

The Elkhart Common Council will discuss the bond issue at the meeting at 6 p.m. Monday.
Share this article: