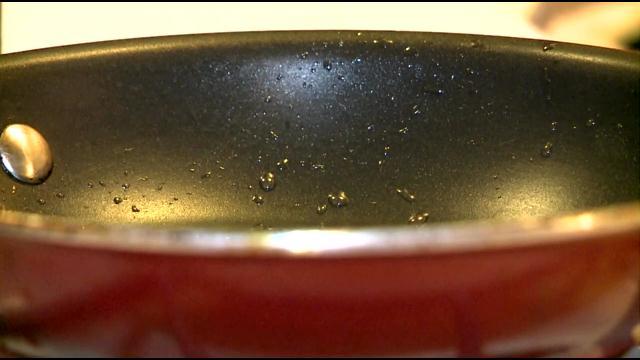 Officials in the Public Works Department crunched the numbers and found more than two thirds of the sewer backups in 2013 could have been prevented, if there wasn't so much fat, oil and grease clogging up the pipes.

The city sums up the fat, oil and grease problem with one word: the acronym “FOG”, but there's not one easy solution for eliminating it from the sewer system.

So officials are starting with what they're calling FOG education for local restaurants, homeowners, and apartment dwellers.

Nationwide grease causes almost half of the sewer blockages and locally the problem is just as significant.

Lynn Brabec, Environmental Compliance Manager for the city of Elkhart, says “In the areas where we know we have FOG problems, we go to those areas at least once a year and spend a month cleaning those areas so that we don't have backups.”

But now Brabec wants to prevent those backups before they happen by going to those areas and explaining to people what they can and can't wash down the sink.

“We started out efforts on education in those areas. We have provided informational bags with grease scrapers to two apartment complexes specifically and we have seen a dramatic decrease in problems in those two areas,” says Brabec.

Education included telling residents to not pour grease from meat drippings, bacon, and hamburgers down the drain. Instead drip it into a jar to discard with your regular garbage.

But even small amounts of oil can clog up the system, so another good habit is dry wiping pots and pans with a napkin before washing. And scrape food scraps, like ketchup and salad dressing off of plates and into the garbage before washing them in the sink or loading them into the dishwasher.

“As soon as we did the educational program and passed out the informational flyers we saw it gradually decrease they went out their every couple of months and now they haven't been out there for six months, so that's a dramatic decrease,” adds Brabec

The city hopes that both home and business owners will carry out best management practices that they are teaching when it comes to discarding FOG, or fats, oils and grease. These same practices can be applied to cities across Michiana.