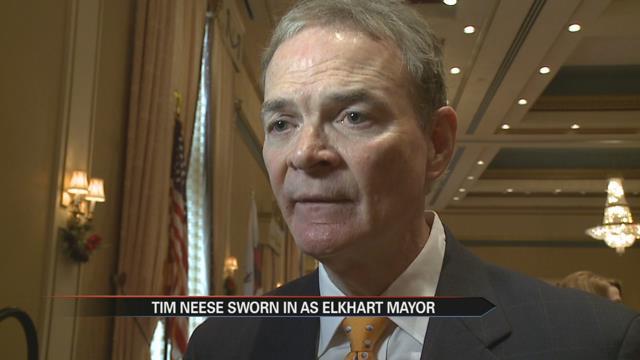 The city of Elkhart's new mayor was sworn in Friday morning.

Mayor Tim Neese took the oath of office during a ceremony at the Lerner Theatre Crystal Ballroom.

Neese says his focus for the next four years is to be transparent about all aspects of government.

He also repeated his promise to be accessible to the public and seek input when it comes to making decisions for the city.

His first day of work will be Monday, January 4.