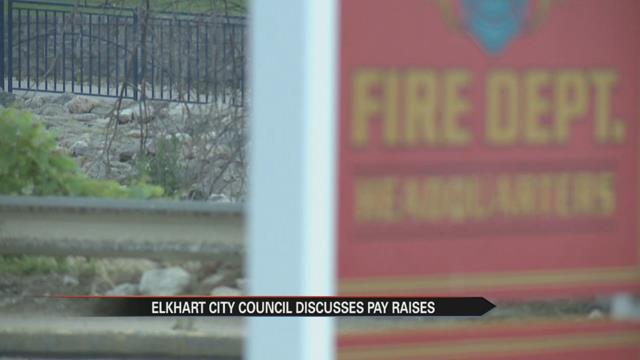 Tonight the Elkhart common council decided that 275 police, fire fighters and other public safety employees will receive a pay raise.

“The cost of insurance and some other things negated a lot of the raises that fire fighter has received over the years so this is a very welcomed surprise to the fire department,” says Mike Compton, Fire Chief of Elkhart.

Compton explains how a recent tax, the Local Option Income Tax, aims to fund public safety functions and will create about 3.4 million dollars.

Monday night the Elkhart common council determined by a vote seven to two that $759,839 of the money generated by the LOIT tax will be used to boost public safety salaries.

“Police and fire have been behind for quite a few years,” says Compton.

Compton says this tax could help his department compete with neighboring cities in terms of pay.

“The amount the officers are taking home is very minimal in comparison to other cities and we are losing officers as a result,” says Brian Dickerson, Common Council at Large.

Dickerson says low pay has affected retention. It costs about $40,000 to train and equip a new police officer and Sergeant Chris Snyder with the Elkhart Police Department says the pay raise of $4,130 for all officers would help keep them around.

Under the proposal, firefighters would receive a pay raise of $3,974, the communication department $3,365, and emergency management $3,648.

And although the pay raise for those who protect the city are welcomed there are still some concerns.

“I think the pay raise will be sustainable in some way. I think that future administrations may need to get creative should the Public Safety Local Option Income Tax go away,” says Dickerson.