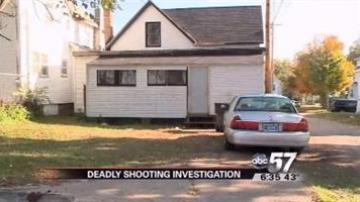 Pendleton is the Elkhart teenager who was shot to death, over the weekend. Thirty-five-year old Jarvis Joiner was also shot.  He's being treated at Memorial Hospital.

Officers got a call of shots fired Saturday night and responded to Joiner's home on Martin Luther King Drive.

Right now police say they don't have any suspects.