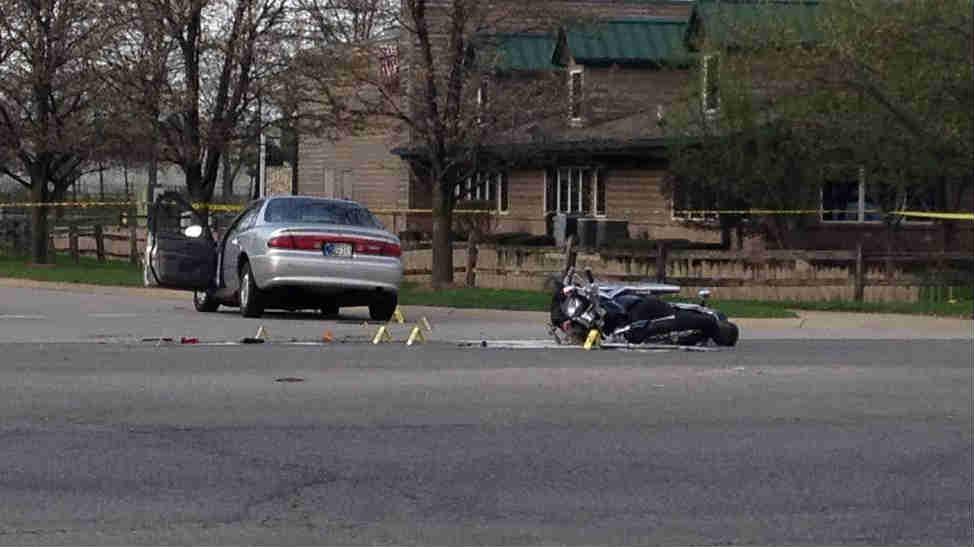 At approximately 4:30 p.m. Saturday, officers of the Elkhart Police Department responded to a call of an accident involving a passenger vehicle and a motorcycle.

The crash occurred at the intersection of County Road 6 and Emerson Drive.

According to police, the motorcycle was traveling west bound on County Road 6 when it collided with the car.

Officials say the occupants of the car were not injured but the passenger on the motorcycle sustained serious injuries and was transported to Memorial Hospital in South Bend for treatment.

The driver of the motorcycle has been identified as Gerald "Jerry" Webb, a 61-year-old man from Elkhart.

Webb was pronounced deceased at the scene.

Webb was employed with the Elkhart County Sheriff's Department, who released this statement Saturday evening:

Sheriff Brad Rogers wants to announce on behalf of the Elkhart County Sheriff's Department their condolences to the family of Gerald C. Webb who died today in an automobile accident in Elkhart.  Gerald, who is known to family and friends as Jerry, began his service to the department and community on June 1, 1978. During his employment of nearly 37 years, Jerry's work spanned from corrections, patrol, and training.  He held many roles that included Jail Captain, Jail Sergeant, Corrections Officer, and Patrol Officer.  Jerry retired from police work with the Sheriff's Department on January 22, 2006 and continued with the department in his current role as a Corrections Officer.  Details on visitation and funeral arrangements will be provided as soon as this information becomes available.