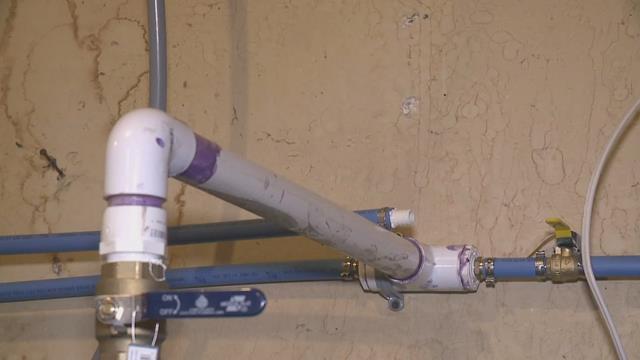 A family in Elkhart County is out thousands of dollars after hiring a contractor to make some improvements in their home.

The sheriff’s department says it is too early to comment on suspects or the investigation.

The couple who says they were scammed is talking out to warn others to be careful when letting people into your home.

Dickey is angry looking at the broken pipes and exposed wires in his home. They are all signs of a job left unfinished.

“He said I go to go outside make sure everything is alright and I sat her for 10 minutes he didn’t come back in,” says Dickey.

Dickey hired a contractor a week ago and last saw him Monday night. The hired help’s full name cannot be disclosed because of the investigation but he goes by Joe.

“Joe’s got me for $4,000. And I am having to pay another plumber, another electrician to get everything fixed that he messed up,” says Dickey.

Dickey says he and the contractor made multiple trips to the hardware store to buy equipment.

The contractor took off with the equipment and never came back leaving the couple frustrated and scared.

“I’m afraid they might be coming back. They left a window open in the basement why I don’t know we haven’t been able to do any Christmas shopping and it spoiled the holidays,” says Marla Dickey, Don Dickey’s wife.

Now they are warning the community to know the signs.

“I thought it just doesn’t make any sense. Ya know why we need so much and he goes trust me I know what I am doing because when we would go on these shopping sprees he wouldn’t even have a list,” says Dickey.

The Elkhart County Sheriff’s Department shares this link to provide helpful tips on how to avoid becoming a victim of fraud.