Elkhart County home burglarized in the middle of the day 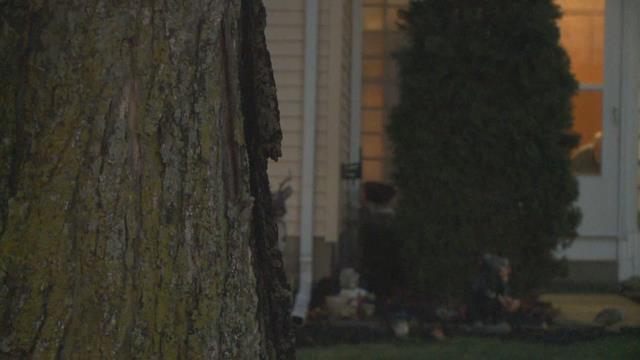 An Elkhart County community is shaken after a burglar boldly broke into their neighbor’s home in the middle of the day.

Elkhart County Sheriffs are looking for a criminal who forced his way into a home off Co Road 7 Wednesday afternoon.

The victim of the burglary is warning others to protect their homes during this holiday season.

For the past seven years she and her husband thought her area was relatively peaceful.

So it was a shock for her when she returned home from work to see her front door broken and her privacy invaded.

It’s hard to feel at home when you lose your peace of mind.

Even if it’s your home for more than 7 years one incident is enough to make you feel uneasy.

“We never leave any doors open,” said Whetstone. “I was scared to death because I was afraid to come into the house because I didn’t know if somebody was still here or not.”

It was that uneasy feeling that hit Whetstone hard Wednesday evening when she discovered some of her valuables were nowhere to be found.

“Two TVs, a laptop computer, I had a tablet laying here on the stand it was taken,” she said. “But we haven’t really gone through everything yet but we’re going to check through later on and make sure that was all that was taken.”

She came home to a broken door and stolen items just weeks away from a big holiday.

“First thing I looked at was under there but they didn’t take any of the Christmas presents,” she said.

With her presents secure, the Whetstones will be able to muster up cheer for Christmas, but they’re warning everyone to stay vigilant.

“Evidently you need some type of alarm system and good neighbors that will watch out,” said Whetstone.