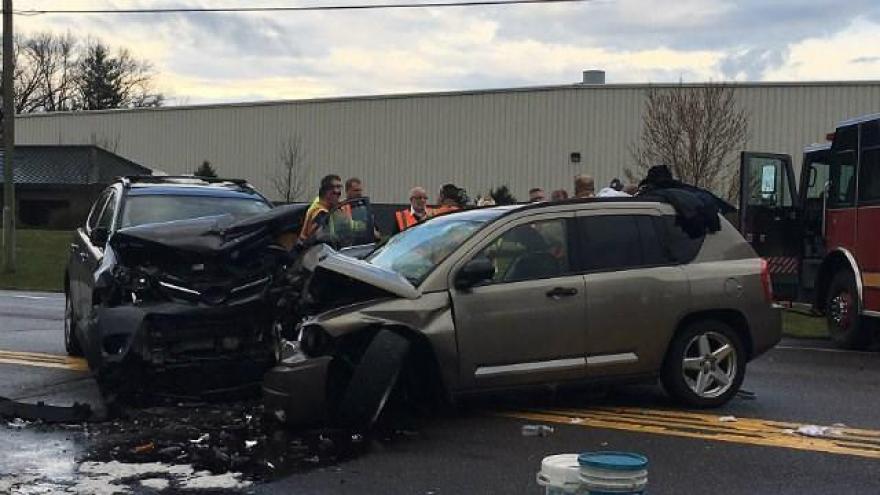 At approximately 6:20 p.m.Officers were called to the scene of a collision at the intersection of CR 6 and CR 15 in Elkhart. Police say the two vehicles, a Jeep and a Toyota, were traveling in opposite directions along CR 6 when they collided head-on. It is believed that one of them drifted over the middle line.

The 37-year-old female driver of the Toyota was transported by ambulance to Elkhart General Hospital for non-life threatening injuries.

The 18-year-old male driver of the Jeep, along with another passenger, were also transported to Elkhart General for minor injuries.

Elkhart Police are still investigating the crash at this time. It is unknown if drugs or alcohol were a factor.