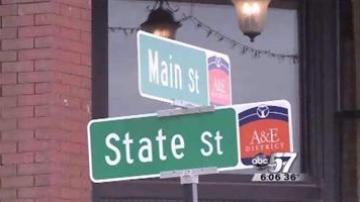 The meetings are a part of a $6,000 grant program the EPD is using to better target crime in specific neighborhoods.

Tuesday’s meetings targeted the areas around Garfield street and the area around State street.

Neighbors said they’ve seen a decline in crime, but these meetings help to keep the lines of communication open between the police and the residents

“All neighborhoods have crime,” said Glenn Higgins, a resident of State Street. “This one is no exception.”

Higgins and his family have lived on State Street for 12 years and he is more than aware of his neighborhood’s reputation.

“Right now, in Elkhart, the neighborhood doesn’t have the best reputation. There are a lot of rental properties but also a lot of people who live here,” said Higgins.

But for Higgins, he believes long term residents like himself and his neighbor Polly Quick are making all the difference.

And on Tuesday, the people who live on the block and the surrounding area will have the chance to meet with Elkhart police to discuss the state of State Street street.

“These meetings enable [the police] to be more deliberate about where they’ll put their resources,” said City Councilman Kyle Hannon. “You know, if you want to know where you should be focusing, ask the neighbors.”

“Times are tight,” said Higgins. “There isn’t a whole lot of money. We understand that. What we hope to do is get the best use out of the money that is there and to make the most progress for our neighborhood using the resources we have.”