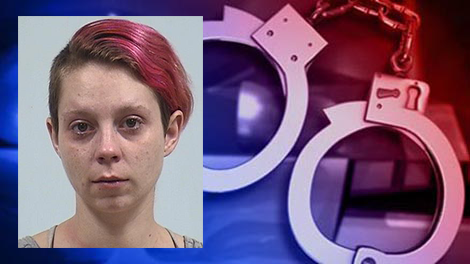 The Elkhart County Sheriff's Department arrested a suspect after a woman was stabbed Wednesday evening.

Deputies were called to a home on Timberbrook Circle around 10:40 p.m. to investigate a stabbing.

The victim, 37-year-old Lana Puckett, told police 30-year-old Frances McMannis stabbed her in the abdomen during an argument.

McMannis was arrested on the following charges:

Battery with a Deadly Weapon- felony
Possession of Drug Paraphernalia- misdemeanor
Neglect of a Dependent- felony.

Puckett was transported to Elkhart General Hospital for treatment.

During the investigation, the Department of Child Services was contacted to find care for McMannis' six children who were released to a family member.