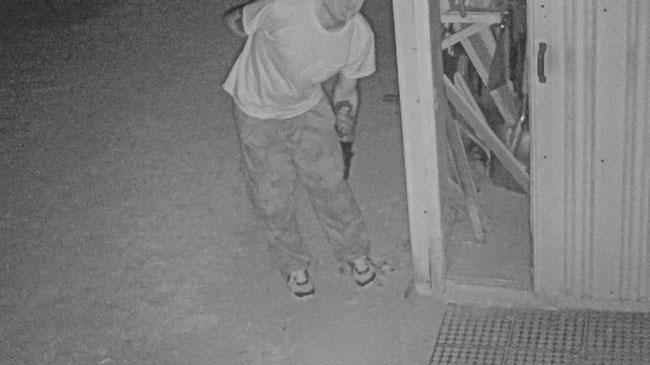 The Elkhart County Sheriff’s Department has released a surveillance photo of a man suspected of a burglary the night of August 10.

Deputies released the photo, even without the subject’s head, in hopes someone would recognize the tattoo on the man’s left forearm.

Deputies say the subject broke into a barn in the 12000 block of CR 40 in Millersburg and stole several items.