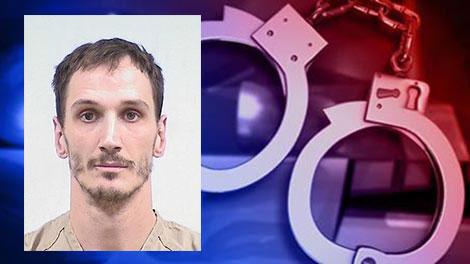 A 36-year-old Elkhart man was arrested for allegedly molesting a 5-year-old girl in early 2013.

According to court documents, on April 4, 2013, the victim's mother contacted police alleging Jason Penninger had molested her 5-year-old daughter.

The woman told police Penninger had stayed at her residence for about 3 weeks and had left 2 weeks prior.

The child was interviewed at the Child and Family Advocacy Center and told the investigator Penninger had given her his phone to watch a movie, then he pulled her pants down and touched her “no-no spot.”

The child told investigators Penninger forced her to touch his genitals.

She told investigators it happened while her mother was at work and her grandmother was asleep in another room. She also said she thought Penninger would be mad at her because he had told her not to tell anyone.

A man who was dating the victim's grandmother also told investigators the victim told him “he's been touching me,” and could only make a “J” sound because she was crying so hard.

The witness told police the victim was scared and upset and told the victim to tell her mother.

The grandmother told police she and the victim's mother had the “good touch/bad touch” talk with the victim before she went to school.

The grandmother also said in the last couple weeks the victim had been behaving strangely and began biting her nails.

The grandmother also heard the victim crying one night and discovered her on the living room couch with Penninger's arm around her and she was screaming and crying.