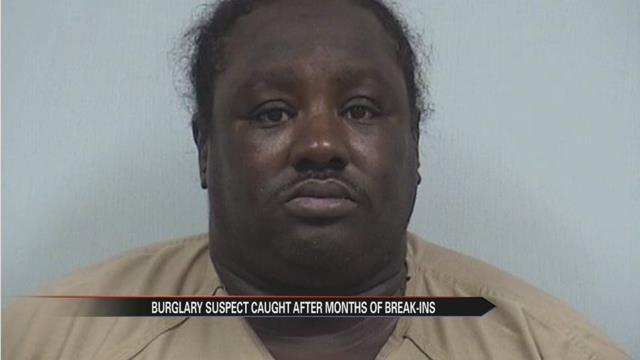 St. Joseph County Police say a man arrested in Elkhart is believed to be responsible for some of the “pillowcase burglaries” throughout Michiana.

Police say 50-year-old Darrell Vaughn was arrested after another incident in Elkhart on Saturday.

For months police in multiple counties including St. Joseph and Elkhart had received a number of similar home break-in reports. Thieves would steal a home owners pillowcase, fill it with their stuff, then take off.

“That particular apprehension was the result of really, really hard police work. A lot of investigation going back as far as last summer,” said Chief Thompson.

As the burglaries continued Chief Thompson said the focus of the investigation narrowed and they zeroed in on Vaughn.

In late fall, police had enough probable cause against Vaughn to make a big step in the investigation.

“We applied for a search warrant to attach a GPS locating device to this particular suspect’s vehicle,” said Chief Thompson.

With a tracker on Vaughn's vehicle, detectives spent months on surveillance. On Saturday—it finally paid off.

Vaughn was arrested at his Elkhart home early Saturday morning.

Chief Thompson says just because they’ve made an arrest it doesn’t mean their work is done.

“It really doesn’t signal the end of the investigation, it’s really about the halfway point. There's still a lot of work that needs to be done on a number of different topics before this will all be finished,” said Chief Thompson.

Vaughn is facing four charges in Elkhart County including possession of a firearm by a serious violent felon, possession of stolen property, burglary and theft.

Charges in St. Joseph County are expected to come soon,

Vaughn is being held at the Elkhart County Jail on a $75,000 bond and is due in court on Friday.