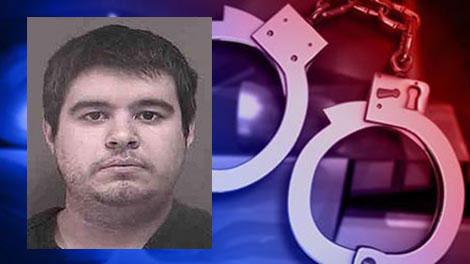 An Elkhart resident was arrested in Brick Township New Jersey after officers found him sleeping in his car. He allegedly had multiple weapons and over 1,00 rounds of ammunition in his vehicle, according to a press release from Brick Township Police.

Police say on December 30 at 12:30 a.m., they located Antonio J. Perez asleep in his car at a baseball complex on Lanes Mill Road.

He also had 1,000 rounds of ammunition, a canister of pepper spray and a gas mask, according to the press release.

Detectives say Perez told them he was on his way to meet his Facebook girlfriend of 2 years, although they had never met in person.

Police say they located the woman and she was unharmed.

Bail was set by the Honorable Judge Robert Lepore at $100,000.00 with no ten percent option.

Perez was lodged in the Ocean County Jail in lieu of bail.