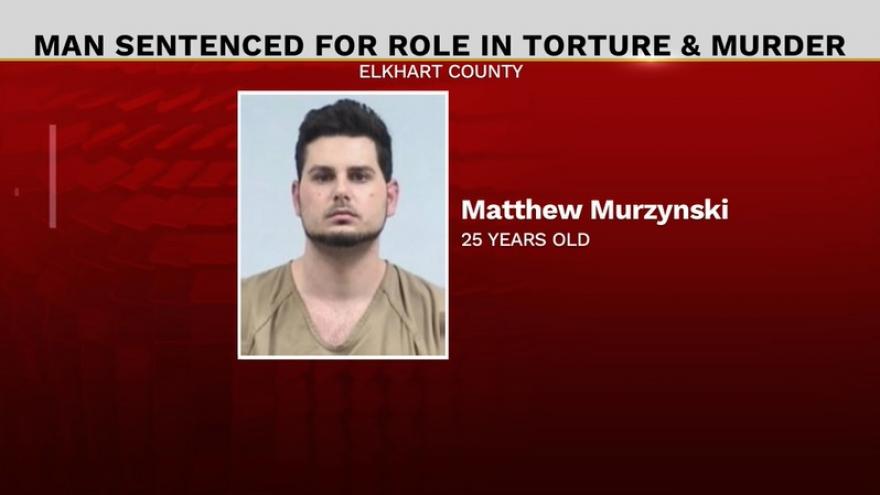 GOSHEN, Ind. (AP) — An Elkhart man has been sentenced to 60 years in prison after pleading guilty for his role in the 2019 torture-slaying of a woman whose body was dumped in southern Michigan, according to our reporting partners at the Elkhart Truth.

An Elkhart County judge sentenced 25-year-old Matthew Murzynski of Elkhart on Thursday and ordered that he be incarcerated, for his own safety, in a different prison from two other men awaiting sentencing in the killing of 31-year-old Kimberly Dyer.

The Elkhart Truth reports that the Columbia City woman was brutally abused and killed in the basement of an Elkhart home in October 2019.

Her body was dumped inside a trash bin near Constantine, Michigan.