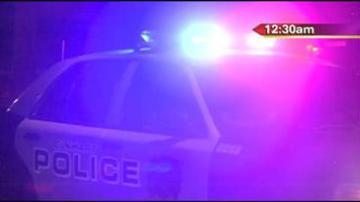 According to police, it started as a routine traffic stop, but escalated when the driver failed to pull over. That's when police say they learned that the car was stolen.

The driver led police on a chase that started in Elkhart, then went up into Michigan before ending up back in Elkhart.

Officers say the situation ended with police shooting and killing the driver behind a house in the 400 block of Marion Street.

No officers were injured in the shooting.

The Indiana State Police are investigating the incident.