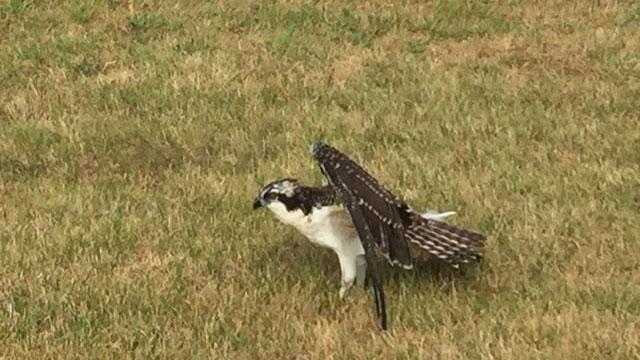 Thursday morning Elkhart Police officers helped rescue an osprey that had flown into a power line.

Elkhart Police Corporal Todd Thayer and a citizen wrapped a blanket around the bird until Elkhart Police Departments Animal Control Officer Corporal Dennis Russell could respond to the scene and place the bird in a cage.

Corporal Russell took the bird to the Elkhart County Humane Shelter where it was evaluated by a wild bird rehabilitation expert.

The bird was also taken to a veterinarian where it was discovered it had a muscle injury.

The bird will be treated by a bird rehabilitator and it could be released back into the wild within two to three weeks.