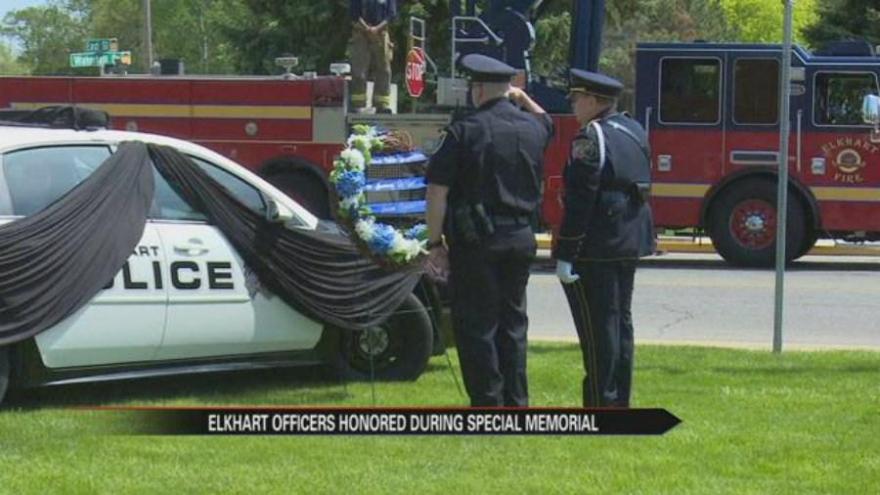 This is the 36th annual National Police Officer Memorial week.

The Elkhart Police Department is honoring Officer Douglas Adams for this year.

Officer Adams was killed in 2001 when his vehicle collided with another vehicle as he was heading to assist other officers.

Elkhart Police Chief Ed Windbigler said losing an officer is the most heartbreaking part of the job.

During the memorial today seven other officers were honored for the hardships they have faced in the past year.

Two of those officers were involved in the shooting death of Norman Gary.