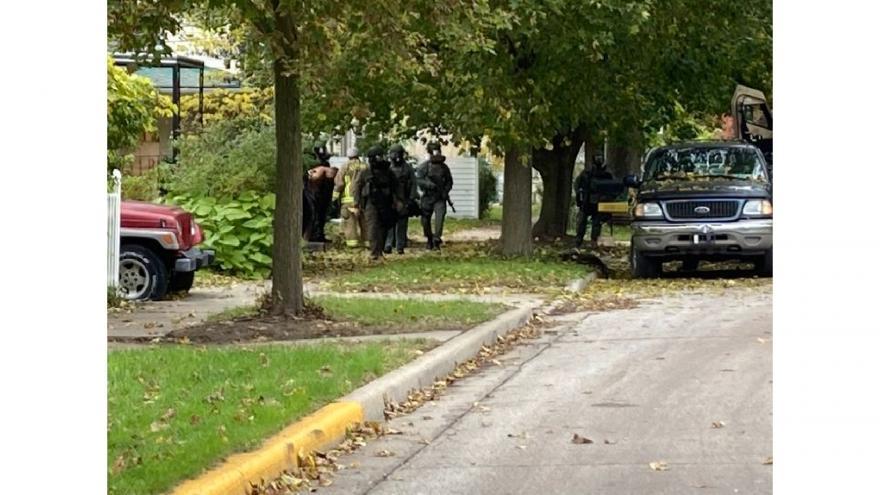 ELKHART COUNTY, Ind. – The Elkhart Police Department provided  an update to Sunday’s SWAT situation, leading to the arrest of a 49-year-old man from Elkhart.

Shannon Casey Luefling was arrested on preliminary charges of Intimidation with a Deadly Weapon and his outstanding warrant.

Officers were dispatched to the 800 block of Liberty St. in Elkhart for a domestic disturbance just before 11 am on Sunday.

Dispatch advised officers that a man with a knife was inside the home, and there was a gas hazard, since the stove was pulled off of the wall.

After contacting the victim, officers learned that Luefling was allowed to stay at the victim’s house over the past few nights, but she asked him to leave in the morning, according to the report. When the victim went downstairs, she noticed the stove was pulled away from the wall and Luefling allegedly lunged at her with a knife, the report said.

The victim was able to leave the house, but Luefling was still inside the home, according to officers.

Police advised residences in the neighboring homes to leave for safety reasons, as firefighters work to turn off the gas meter.

After a 90-minute standoff, SWAT arrived at the scene.

SWAT arrived, took command, and entered the home due to Luefling’s outstanding warrant. Luefling was placed in handcuffs, according to officers.

Reports of the incident will be forwarded to the Elkhart Prosecutor's Office for consideration of formal charges.