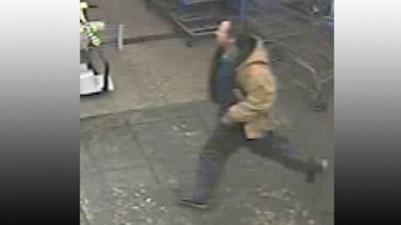 The Elkhart Police Department is searching for a man who allegedly stole a woman's purse while she was in the Walmart on CR 6 West October 29th around 6:30 p.m.

Police said the woman reported the theft of her purse and the man who took the purse was confronted.

He then left the purse and fled the store.

The suspect is in his late 30s or early 40s, 5'7" tall, approximately 220 pounds with brown hair. He was wearing a tan coat, green shirt, blue jeans and black shoes.

If you have any information on this man's identity, contact the Elkhart Police Department at 574-295-7070.