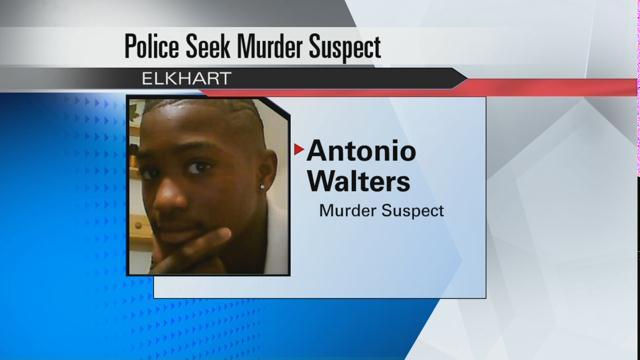 Sunday is Mother's Day, but an Elkhart mom will spend that day without one of her children.  She and Elkhart Police are asking for your help finding the person who is suspected of fatally shooting her son.

Investigators are searching for 18-year-old Antonio Walters. He is a suspect in the 2013 murder of 18-year-old Devonte Patrick.

Angela Tanner, Devonte's mother, says no matter how much time goes by the pain never gets easier.

“To keep a smile on your face and like to pretend everything is ok, when it's not. It's a struggle every day,” says Tanner.

“It's hasn't been a day that passed that I haven't thought about him or cried about him,” says Tanner.

Two other teens, Thomas Harper and Antonio Walters, are accused of shooting and killing Patrick at the Prairie Street Mennonite Church. Harper is in custody, but police are still looking for 18-year-old Walters.

“There is no way Antonio should be able to walk around here free to do whatever he wants while my son is lying at Rice cemetery; I just want justice for my son,” says Tanner.

Elkhart Police say justice could be served if information regarding Walters' whereabouts is brought forward.

“I just don't believe people could be so heartless and just not give up the information to help and like I said it's been really hard on my family his brothers, his grandmother, ya know it's hard,” says Tanner.

Police describe Antonio Walters as a black male with black hair and brown eyes. Walters is about 5 feet 6 inches tall and weighs about 120 pounds.

Contact the Elkhart Police Department if you have information regarding Antonio Walters.