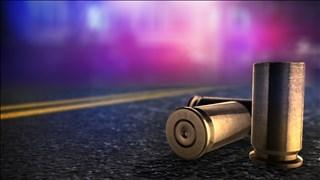 Elkhart Police are searching for suspects after two people were injured in a shooting Saturday.

The Elkhart Police department was dispatched to the 1500 block of Frances Avenue in regards to shots fired.

Witnesses told police there were two SUVs involved but police were unable to locate any suspects.

Minutes after, police were dispatched to the 1100 block of Lafayette Street when a home was shot at during that shooting.

Police say there were no injuries at the home as a result.

Police then responded to the Elkhart General Hospital when two of the shooting victims showed up in a silver SUV with injuries.

Police say the victims had been driving in the area of Prairie and Garfield when suspects in a black SUV began shooting at them.

One person was struck in the nose and one person in the back was also struck. Both have what appear to be non-life threatening injuries.

A third person in the back of the victim’s vehicle was uninjured and climbed to the front to drive to the hospital.

On their way the suspects shot at the victim’s vehicle missing and striking the residence on Lafayette Street.

Police say the only description they have of the suspects is the black SUV they were driving during the shooting.

No other information has been released at this time.