More than a dozen shots fired in Elkhart, police investigating 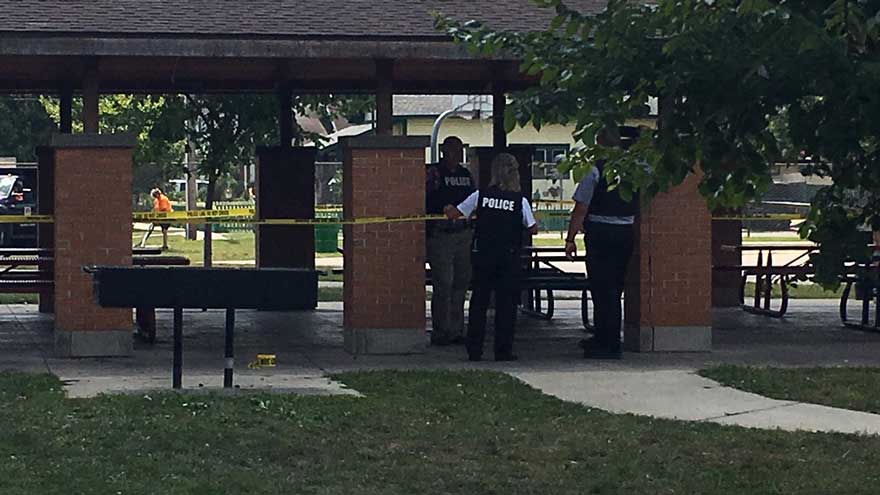 ELKHART, Ind. -- Elkhart Police are conducting an investigation in the 200 block of Indiana Avenue.

Sgt. Chris Snyder said they were investigating an incident of shots fired. One person was injured, but was not shot.

Snyder said the man is not being cooperative.

The events are still unclear to investigators, who are trying to piece together what happened, and why shots were fired.

"I thought it was firecrackers," adds John Tierney, another witness. "About 15."

One Elkhart neighborhood was shaken out of its summer silence, with gunshots.

"It kind of scared me. Everybody just kind of stopped in their tracks," says Tierney.

Brown says she was just down the block when she heard the series of gunshots.

"I have family members who live around here, so I ran down here," she says.

"There was seven to eight teenage kids gathered. I saw gunshots come right out of the gun. About 15 times," recalls Tierney. "They were all hanging out under the pavilion. I don't know if they were messing  around shooting a gun, or shooing at someone."

Brown and Tierney, like many other onlookers, were not exactly surprised to see Elkhart Police cars fly by.

"I'm not going to say it's a safe area, because there are a lot of crazy people out here," adds Brown.

She was relieved to hear that no one was shot.

"The fact that there are so many murders and stuff...It's heartbreaking," says Brown. "I'm really glad that everybody walked away safe.

It's a time when Elkhart neighbors feel the city is getting to be too dangerous.

"No area in Elkhart seems to be safe anymore," says Brown. "It bothers me. I'm in the process of trying to move back home to Kentucky right now."

"There's a lot going on in all of these small areas. You can't even walk around here without getting mugged," he says.

But there was one thing that gave the neighborhood a feeling of safety, despite what had unfolded.

"As soon as I heard the last shot, I saw police lights," recalls Brown.

Several witnesses telling ABC57 News, that it was within seconds of shots fired, that they saw law enforcement.

"Wow, the people are already here," Brown remembers thinking. "That really made me feel good."

All are hoping that police can continue to make them feel safe in their own backyards.

"We have a lot of kids down here. A lot of kids," adds Brown.  "It's sad that gun violence is the way of life today."