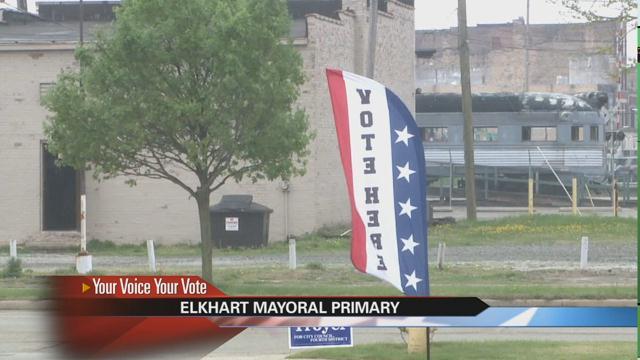 Tuesday's final numbers for the Democratic election were Caleb Owens, 387 votes, to incumbent Dick Moore with 633 votes. The final GOP results for the mayoral race are Tim Neese, 1729 votes, to Dan Boecher 641 votes.

The numbers took a while to come in but once they did both Moore and Neese announced what they are going to do to win your vote in November.

Mayor Moore says he is getting started with planning for the November election starting tomorrow.

“We either got to get people out to vote or change the system. But we will put it all together build it up, make it work, keep on doing what we are doing, more of the same, more of Moore! We are going to do all of that, those are the things that need to get done. So we are very pleased with the outcome this evening,” says Moore.

On the other side of the ticket Tim Neese has experience on the Elkhart Council and as an Indiana State Senator. He plans to bring those experiences to the position of mayor.

“They don't have to call me Mayor Neese or Mister. They can just call me Tim. I'm the guy next door. My style sets me apart from the current mayor I'm an advocate of a police and fire merit board that would oversee hiring promotions and disciplinary as oppose to five member board or public safety that the mayor appoints,” says Neese.

Neese plans to take a few days to spend time with family. Moore says he needs one more person on his team to work on the campaign.