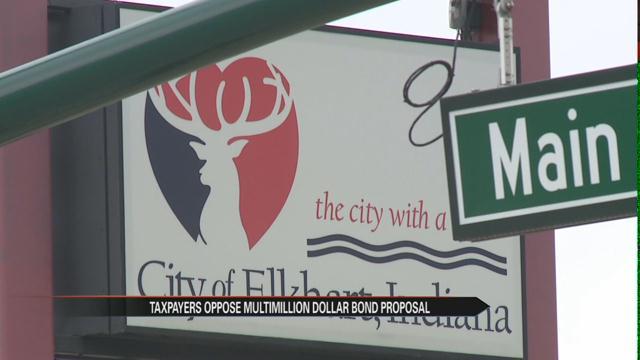 Two city councilmen called a special meeting on Saturday to discuss a proposed $6 million bond for the Downtown TIF District. Many Elkhart taxpayers don't believe it's a wise use of their money.

The Redevelopment Commission is asking for money to help pay for a wide range of projects, including Main Street construction, the future of the YMCA building, and even a project to bring entertainment on the river.

Residents are concerned because the bond is all or nothing.

That is what is frustrating residents and some council members.

“We're giving a blank check to the Redevelopment Commission for approximately $6 million, and there are no projects associated with and there's no oversight on the council's point of view, and that's particularly concerning for me,” said Brian Dickerson, an at-large council member.

It is a concern that is written all over these tax payer's faces.

Their voices were heard, and heard loud.

To Elkhart City Council members Brian Dickerson and David Henke, the turnout is exactly why they traded in family time to be present listening to their constituents.

“It's important to get the feedback from folks, especially when you're talking about multi-million dollar investments,” said Dickerson.

They say the proposed investments are not clear.

The commission has ideas like creating bike lanes on Main Street, or building a sculpture garden, but some council members say this is a lot of money for just ideas.

Some of these ideas are costing as much as hundreds of thousands of dollars for a single project.

“Nine-hundred thousand dollars of new debt; would you do it with your money? I know the answer is no, so why do it with the public's money?” said Henke.

Even though the plans for the bond money are not set in stone, one thing that is: these tax payers want this bond to be tabled.

They say they want one-hundred percent input on where their tax dollars are going.

“But signing a blank check, election year or not is never the correct thing to do,” said Henke.

Some concern from residents is that there are more important projects being swept under the rug.

Monday is the city council meeting and they are expected to vote on the bond.