Elkhart teen accused of rape due in court Monday 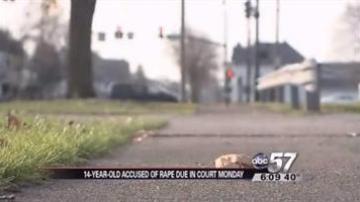 The second victim, a 14-year-old girl, was attacked less than half a mile away on Wagner Avenue.