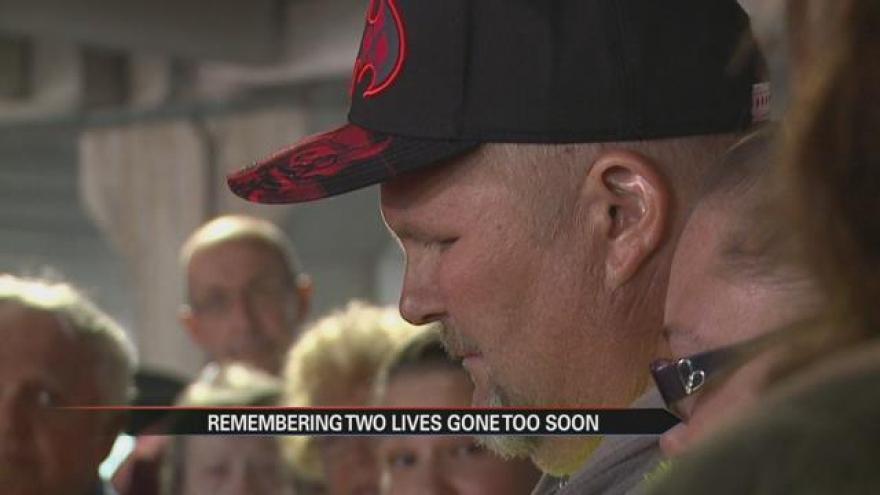 Thursday night people gathered to remember the lives of the two Fort Wayne children found dead on Monday behind the Elkhart Police Department.

Pasztor did not have custody of the two children. Monday morning, she allegedly abducted them from their home in Fort Wayne, prompting an AMBER alert. Monday evening, police say Pasztor flagged down an officer at the Elkhart Police Department, telling him the children were dead in the backseat.

Pasztor is currently in custody at the Elkhart County Jail, formal murder charges are expected this week.

While Liliana and Rene were not from the area, many people in the Elkhart community say they are deeply saddened by their deaths.

“I’m a kid myself and I think they deserved a long life,” said 9-year-old Chandler, who asked his father to take him to the vigil.

Vigil organizer Kimberly Braniss says she wanted the community to have an opportunity to grieve and show support for the victims’ family.

“These children were not a part of our community, they didn’t live here, but they are now and Elkhart is the city with the heart,” said Braniss.

“It touched Elkhart because it came to Elkhart. It touched our officers, it touched our community and it’s beautiful to see people coming together to show they care,” said Smith.

The community lit candles, sang and offered support to Liliana and Rene’s family who came from Fort Wayne for the vigil.