Elkhart woman charged in death of her infant 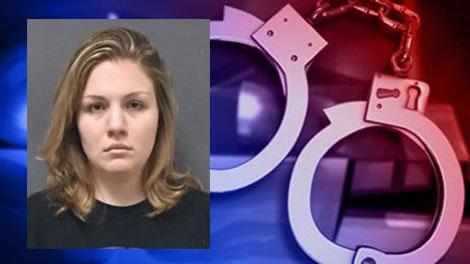 A former Manchester University student was arrested in Elkhart for charges related to the death of her infant, according to the Indiana State Police.

Mikayla Munn, 21, was arrested at her Elkhart home on Monday on an arrest warrant from the Wabash Circuit Court.

Munn is facing charges of murder and neglect of a dependent causing death.

According to the Indiana State Police, on March 28 at approximately 11:30 p.m., Munn called 9-1-1 after giving birth to a boy in her dorm room of Manchester University.

When officers from North Manchester Police arrived, they found Munn and an infant boy in the bathtub. The boy was not breathing.

Both Munn and the infant were transported to the hospital where the infant was pronounced dead.

Because of inconsistent information, detectives from the North Manchester Police and Indiana State Police started an investigation into the infant's death.

Police developed probable cause for an arrest warrant and Munn was arrested on May 2.

The Wabash County Prosecutor’s Office and safety officers from Manchester University assisted in the investigation.