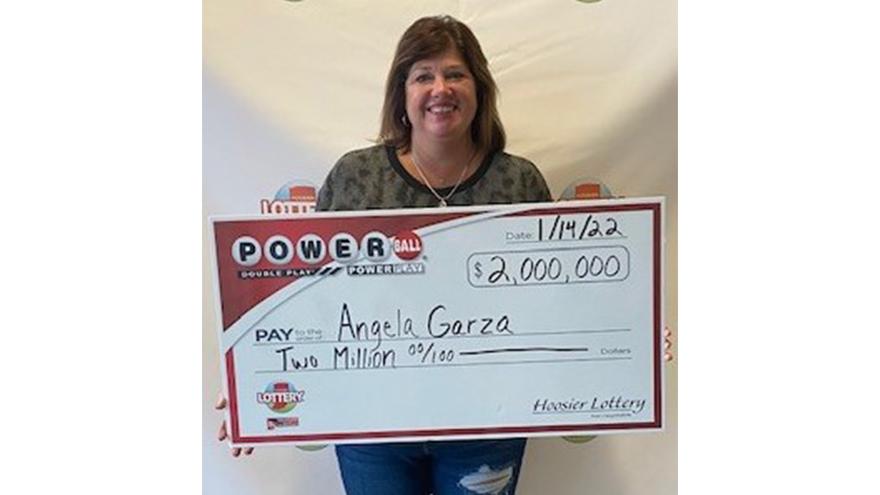 An Elkhart woman has claimed the $2 million Powerball prize from the January 12 drawing.

Angela Garza matched all five numbers, but no the Powerball number.

“I have probably purchased 10 Powerball tickets within the last three years,” Garza said.

On January 13, Garza checked her numbers on her phone and learned she had matched all the numbers except the Powerball.

“I immediately took a picture of the ticket and sent it to my best friend,” she recalls.

Garza’s friend immediately responded to her text and said, “You just won a lot of money!!!”

Garza’s friend told her to go home, download the Hoosier Lottery app to find out how much she won and then to call the lottery office.

The app revealed she had won $2 million.

Garza plans to use some of the money to take her daughter on a nice vacation.