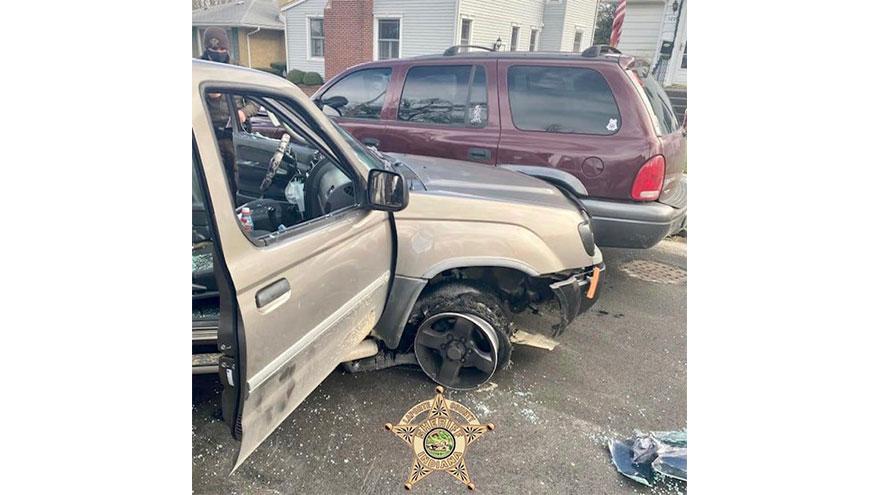 LA PORTE COUNT, Ind. -- An Elkhart woman and a 15-year-old runaway were arrested following a police pursuit that went from Indiana to Michigan and back to Indiana, according to the La Porte County Sheriff’s Office.

On November 29 at 11:45 a.m., officers with the Michigan City Police Department began pursuing suspects from a theft a Meijer throughout the city, reports said. The pursuit of the Nissan SUV continued onto US 20, reports said.

On US 20, deputies became involved in the pursuit as it traveled from US 20 to I-94. The pursuit continued on I-94 into Michigan, then onto Michigan 239, reports said.

The pursuit traveled back into Indiana southbound on SR 39, reports said.

A set of tire deflation devises were set up in the area of SR 39 and CR 650 north. The driver swerved towards the deputy and around the devices, reports said.

At US 20 and CR 500 East, the vehicle ran over a set of tire deflation devices and both front tires were deflated.

The vehicle exited US 20 and traveled west on SR 2 on the rims of the front tires.

The pursuit continued into La Porte and ended at Kentucky and Illinois streets when the driver was unable to negotiate a right turn and crashed into a parked vehicle, reports said. 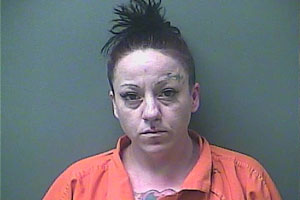 Deputies say the driver, 36-year-old Shannon Burton refused to exit the vehicle, so deputies extracted her and took her into custody.

The passenger was also extracted after refusing commands from deputies, reports said.

She refused to give deputies information about her identity, but it was later discovered she was a 15-year-old runaway from Kosciusko County, deputies said.

Deputies also learned the vehicle involved in the pursuit was reported stolen from St. Joseph County.

Burton is facing preliminary charges of:

The 15-year-old from Kosciusko County was taken to the La Porte County Juvenile Services Center on preliminary charges of: