Elkhart's Tent City is closing down, but opportunities aren't 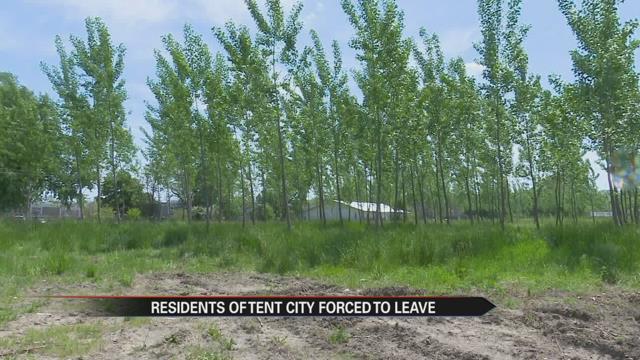 Tent City, which is a makeshift camp for the homeless people in the Elkhart downtown area will be cleared by Wednesday. This area is classified as unhealthy and unsafe for those living there according to some advocates, residents and even Mayor Tim Neese.  They are teaming up to make sure this is a smooth transition.

Life in Tent City is said to be very rough according to those who live both inside and outside the wooded area. Mayor Tim Neese says he wants the best for everyone in the city of Elkhart, which is why he is making this move to clear the area.

He says he doesn't show face because of publicity. Instead he is interested in making the best out of this situation.

Progress is being made for those who need to leave their homes. Housing is becoming more and more accessible and companies are looking for these same residents in their job applications.

"Well I have been encouraged," Mayor Neese said. "We do have some people that are currently working."

Now residents are looking for a place to call home and places to work. There is proof of improvement according to John Safer, who works for Michiana Five for the Homeless.

“Two individuals were actually placed yesterday immediately into housing," says Shafer. "Two or three more will be placed today. So we’re very pleased that this is happening for the residents out here that they will have a place to go.”

Shafer even says there's more on the way. About 20 other employers are offering work to so called "Tent City" residents. The efforts to get the unemployed to work and into a semi-permanent housing is a project many are getting involved in.

Bruce Collins has a job, but still is living in Tent City. He says this move is forcing him to ask himself some tough questions.

"When you’re living out in the woods in a tent, soul check yourself. And that means just run everything through your brain. ‘Do I feel comfortable here?’ ‘Is this a comfortable environment?’ and ten times out of ten it’s going to come back to you that it’s not," he says. "That you need to be somewhere stable that you need to have income coming in and if somebody offers you help, don’t be afraid to take that help.”

Mayor Neese says he's trying to making this move as structured as possible and Shafer encourages residents to take a little hope and a lot of effort make a change.

“With awareness comes demand and opportunity," Shafer said. The individuals out here now have the opportunity to receive that step up and we hope that they do take it."