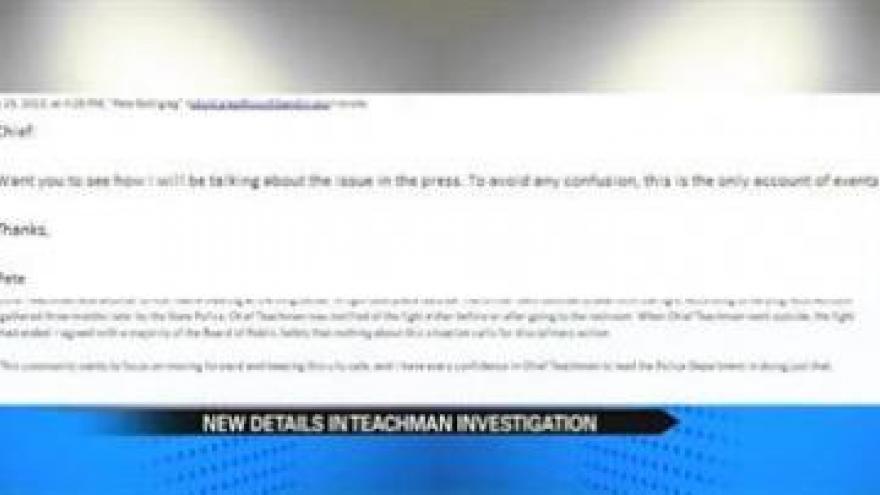 South Bend Police Chief Ron Teachman was accused of not coming to Officer David Newton's aid when a fight broke out at the center.

An Indiana State Police investigation cleared Teachman of any wrong doing although the report was never released to the public.

When ABC57 spoke with Mayor Buttigieg, he said he wants everyone to grow up and start acting like adults.

"I don't think most people care about the politics, the emails and that's why I'm not going to dwell on it," said Buttigieg.

In emails obtained by ABC57 between Buttigieg and Teachman, the mayor wrote, "I want you to see how I will be addressing this issue in the press. To avoid any confusion, this is the only account of events at the King Center that I plan to use on the record.

Some may call it a rehearsed response or backing up a buddy-but the mayor says he supports the chief of police for a reason.

"Every appointee of mine has to reach a very high standard in order for me to have confidence in their leadership," said Buttigieg.

The mayor even offered the chief words of encouragement in one email.

Just wanted to send a word of encouragement--I know that you will not let the nonsense aired in Council distract you from your great work. If you want to talk about anything just let me know but I am not too worried as this is mostly half a dozen people just talking to each other; we will monitor the political side and try to keep it off your back, and any time a legitimate issue emerges we can work through it together.

Buttigieg says people need to grow up and move on.

"I think we need to move on. People expect us to be grown-ups. I know I'm the young guy in politics around here but I'm going to say it-we just need to have adult conversations," said Buttigieg.

In an email chain where Newton agrees to speak before the common council about the incident at the MLK center, Dieter wrote, "Cool. You the man. [Expletive deleted] these [expletive deleted]."

When Newton expressed hesitation about reading his letter to the council, worrying that he'd put a bullseye on his back, Dieter responded: "When you read, you could add that part of being a target. That would really put them on notice."

We reached out to Dieter several times for comment about whether or not he thinks it was appropriate for him to coach Newton on what to say to the council, but we have not heard back.