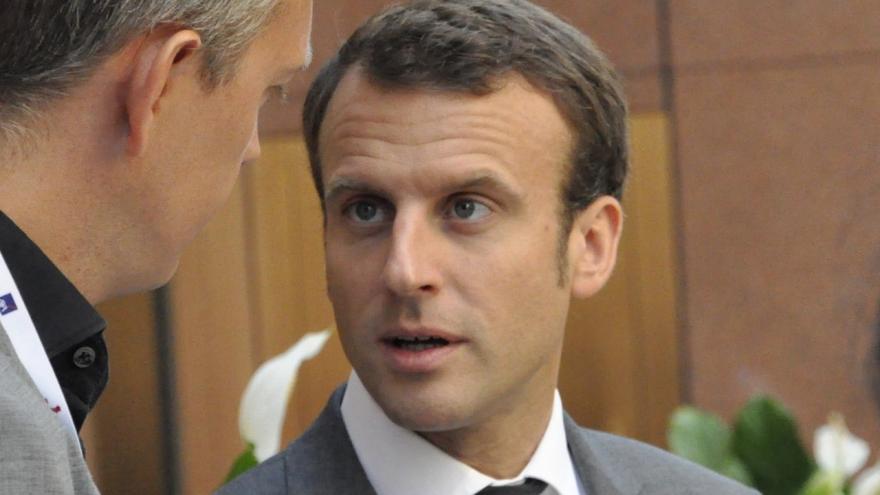 By Melissa Bell and James Masters

VERSAILLES (CNN) -- French President Emmanuel Macron has promised to lift the country's state of emergency, cut the size of the national parliament and reinvigorate the European Union as part of a wide-ranging speech that set out his vision for the future of France.

Speaking in the opulent setting of the Palace of Versailles outside Paris, Macron told newly-elected members of the Assembly and Senate that France that he wanted to "re-establish the freedoms of the French people."

"These freedoms are the precondition of the existence of a strong democracy," he said.

In the speech, Macron said he would:

-- Lift the country's state of emergency later this year.

-- Enact new anti-terror laws as part of a crackdown on extremism.

-- Cut the size of the national parliament by a third, and put the issue to a referendum if lawmakers did not go along with the plan.

-- Lead a charge to breathe new life into the European Union, which he said had "lost its way."

It appears that the honeymoon period enjoyed by Macron, elected by a convincing majority in May, has ended. He faced criticism for choosing the Palace of Versailles as the setting for his address to both houses of the French parliament -- Louis XIV, the "Sun King," ruled from Versailles in the 17th century.

Former President Nicolas Sarkozy gathered lawmakers in Versailles in 2009 to discuss constitutional changes and Francois Hollande did the same in the aftermath of the terror attacks of November 2015 to announce a state of emergency.

But this was the first time that a French president used Versailles for an opening policy speech.

Far-left firebrand Jean-Luc Mélenchon said it was a "sign of the pharaonic drift of this monarchical presidency."

French newspapers have mocked Macron for his vision for a "Jupeterian" presidency -- an aloof, distant figure like Jupiter, the Roman god of gods.

But Macron believes the office was demeaned by the down-to-earth style of predecessor Francois Hollande.

Last week, the Élysée palce said Macron would not give a traditional Bastille Day TV interview because his thought process was too "complex" for the "game" of questions and answers with journalists.

State of emergency to be lifted

Macron used his speech to confirm that France's state of emergency would be lifted in the fall, although he did not specify a date.

The state of emergency has been extended five times since it was introduced after the Paris terror attack which killed 130 people in November 2015. It is likely to be extended once again when the current window expires in the middle of July.

Macron is then expected to enact new terror legislation, despite it receiving criticism from pressure groups such as Amnesty International.

The new legislation would allow French authorities shut down places of worship thought to be promoting extremism for up to six months.

It would also allow authorities to act without requiring permission from the court in taking greater powers in securing areas or events which it perceives to be at risk.

As Macron spoke, French police confirmed they had arrested a man planning to assassinate him at the Bastille Day celebrations on July 14.

Macron's La Republique En Marche Party achieved a huge majority by winning 308 of the 577 seats in the Assembly at last month's legislative elections.

Now he wants to cut their number by a third.

Macron said the changes would have "positive effects on the general quality of parliamentary work."

Under his plan, the number of Assembly members would be cut from 577 to 385, and Senate members from 348 to 232. Macron said he wanted to "avoid half-measures and cosmetic arrangements."

He said that if parliament rejected his plans, he would put them to the French people in a referendum.

On the European Union, Macron said the body had "lost its way," and pledged to launch a series of "democratic conventions."

He called for a "new generation of leaders" to lead a revival of the EU at a time where it is facing one of the most difficult periods in its recent history.

"The building of Europe has been weakened by the spread of bureaucracy and by the growing skepticism that comes from that.

"The last 10 years have been cruel for Europe. We have managed crises but we have lost our way."