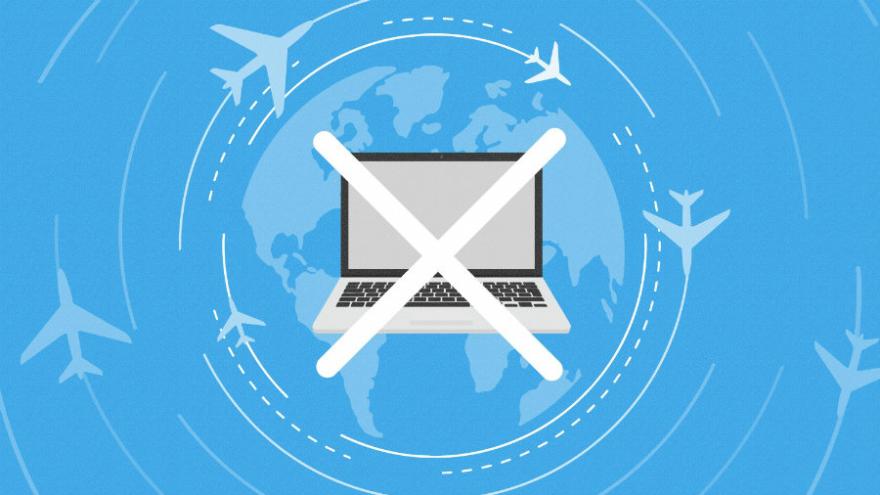 WASHINGTON (CNN) -- An aggressive deadline to put new enhanced aviation security measures in place is causing concern for airlines that have international flights with direct service to the United States.

Failure to meet the new Department of Homeland Security mandated standards within the US government's timeline threatens to trigger a laptop ban or even a suspension in direct flights from certain international destinations.

"It is time to raise the global baseline of aviation security," Kelly said, adding that terrorist organizations "still see aviation as the crown jewel target in their world."

The department has called for significant additions to security efforts at airports over a short period of time, according to a trade organization memo obtained by CNN. The International Air Transport Association memo to its member airlines said that soon, "each location will be required to have explosive trace detection (etd) technology in place at the central search and/or boarding gate applied in a continuous and random manner."

The memo said airports that failed to meet the deadline for implementing the changes would face either a ban on personal electronic devices or a suspension of flights to the US.

The list of mandates also includes increased use of bomb sniffing dogs and other measures too sensitive to be publicized.

The measures are an alternative to the all-out ban on large electronic devices in the plane's cabin currently in place at nine airports in Muslim-majority countries.

DHS said it is confident most airports will not have any problems implementing the measures.

"The schedule is aggressive because we are dealing with a threat," a spokesman said. "But we are interested in working with airlines that can't meet the deadline."

The department also said it is willing to work with airlines and airports to identify other measures that could be put into place in the interim.

Etihad Airways, an airline that operates flights between Abu Dhabi and the US, implemented the new security measures over the weekend and was removed from the list of airports and airlines under the laptop ban.

But some airlines might struggle to meet the standard. The new DHS standards will affect 280 airports -- 180 airlines across 105 countries.

"There's only 24 major vendors of that equipment, and we're talking 280 airports," said Anthony May, a retired Bureau of Alcohol, Tobacco, Firearms and Explosives enforcement officer.

May added that even when the equipment was readily available, it is "rather expensive" and would require training.

Airlines for America, another airline trade group, raised concerns that the mandates could lead to "significant operational disruptions and unnecessarily frustrating consequences for the traveling public."