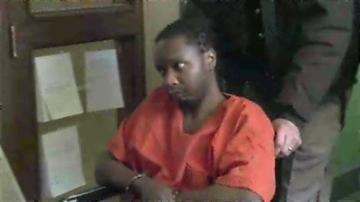 ST. JOSEPH COUNTY, Ind. -- Wednesday was the second day of trial for 29-year-old Brandon Biffle who is accused of shooting and killing Johnnie Avance and Don Paris in August of 2012. The defense says Biffle was insane at the time of the murders.

Relatives of the victims and motorists who were driving by the area during the shooting testified Wednesday.

Biffle is accused of shooting 53-year-old Johnnie Avance in the head while he was asleep inside his Olive Street home.

Biffle allegedly then went outside and shot 55-year-old Don Paris who lived across the street with his wife and their two daughters.

"I don't know anything about him. I'm not sure about his relationship with my father, but my father had to know him in some type of way to allow him to stay with him,” said Mary Avance, Johnnie Avance’s daughter.

"He was my big brother and that was my role model. And for this young man to take my brother away from me as well as her dad, it's a tragedy but hopefully justice will be done,” said Ronald Avance, Johnnie Avance’s brother.

Avance's family says they came to the trial to find out why Biffle killed Johnnie.

"I don't have a clear story of what happened or why it happened and I was hoping to find that out,” said Mary.

Don Paris’ wife Anna testified Wednesday. She said she heard her husband yell out to Biffle, “Why did you do this to me?”

She said that’s when Biffle came back and shot Don in the head, killing him.

"He was in his right mind and shot two people. He killed two people - my brother and his neighbor,” said Ronald.

Police say he came out with a gun in each hand and fired numerous times at police before they shot him and took him down.

Biffle's defense lawyer isn't saying that he didn't do these things, but says he was insane.

The trial is expected to wrap up Thursday after doctors take the stand to reveal whether or not they believe Biffle was insane at the time of the shooting.

The judge says it will take her at least one week to decide on a verdict.