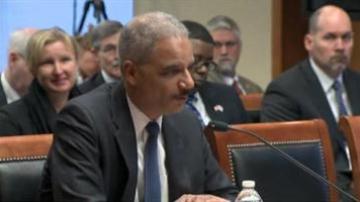 The United States Attorney General is endorsing a new plan that would reduce prison time for nonviolent drug offenders.

Eric Holder told the U.S. Sentencing Commission the plan would lower the prison population and cut down on the cost to keep inmates in prison.

He is suggesting we shorten the average sentence for a drug offender from 62 months to 51.

"This straightforward adjustment to sentencing ranges, while measured in scope, would nonetheless, I believe, send a strong message about the fairness of our criminal justice system," said Holder.

A vote by the Sentencing Commission could come as soon as April.