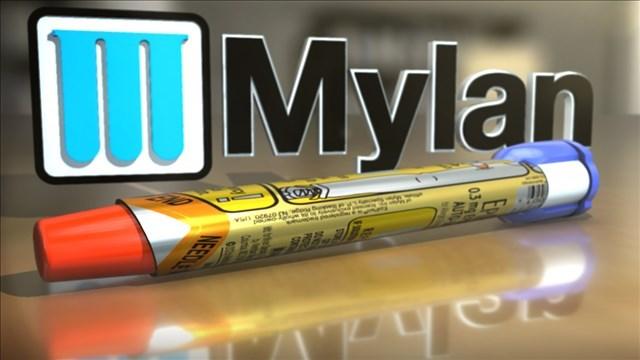 The embattled pharmaceutical company said Friday it has agreed to a settlement with the Department of Justice and several other agencies. Mylan was accused of falsely classifying Epipen, a life-saving allergic reaction treatment, in order to overcharge Medicaid for them.

Mylan does not admit to any wrongdoing, the company said in a statement Friday.

Drugmakers pay rebates to Medicaid under the Medicaid Drug Rebate program -- and companies pay less money if a drug is classified as generic.

Mylan makes both a generic and name brand version of Epipen, but it was recently discovered that Mylan was paying the lower, generic rate to Medicaid for its name brand Epipen.

The Department of Justice could not immediately be reached for comment.

Mylan claims Epipen has been classified as a generic drug since the company acquired the product in 2007, "based on longstanding written guidance from the federal government," the statement reads.

Iowa Senator Chuck Grassley issued a statement Saturday questioning whether the probe went far enough, and he called on regulators to do more to ensure companies aren't abusing the Medicaid Drug Rebate program.

"This settlement shows a big problem with just one company and one product. Are there others, and is CMS doing enough to look out for the taxpayers?" Grassley said.

And the Kaiser Family Foundation pointed out in a report released Friday that Medicaid -- which serves more than 70 million people in the U.S. -- has been spending more and more on Epipen prescriptions in recent years.

The company's stock soared 11% during after hours trading.

Mylan's Epipen scandal is far from over. The company first began making headlines in August when it came to light that Mylan hiked the price of the drug from $100 to $600 over the course of seven years.

The company has taken steps to bring down that price for consumers, but it's still facing an onslaught of criticism. The drugmaker has already attended a tense hearing with lawmakers, and is facing further scrutiny from Congress.

In a public filing posted Friday, Mylan also revealed that the Securities and Exchange Commission has launched an investigation into the company.

Mylan says it intends to cooperate with the request.