Eric Holcomb campaigns in Elkhart ahead of Election Day 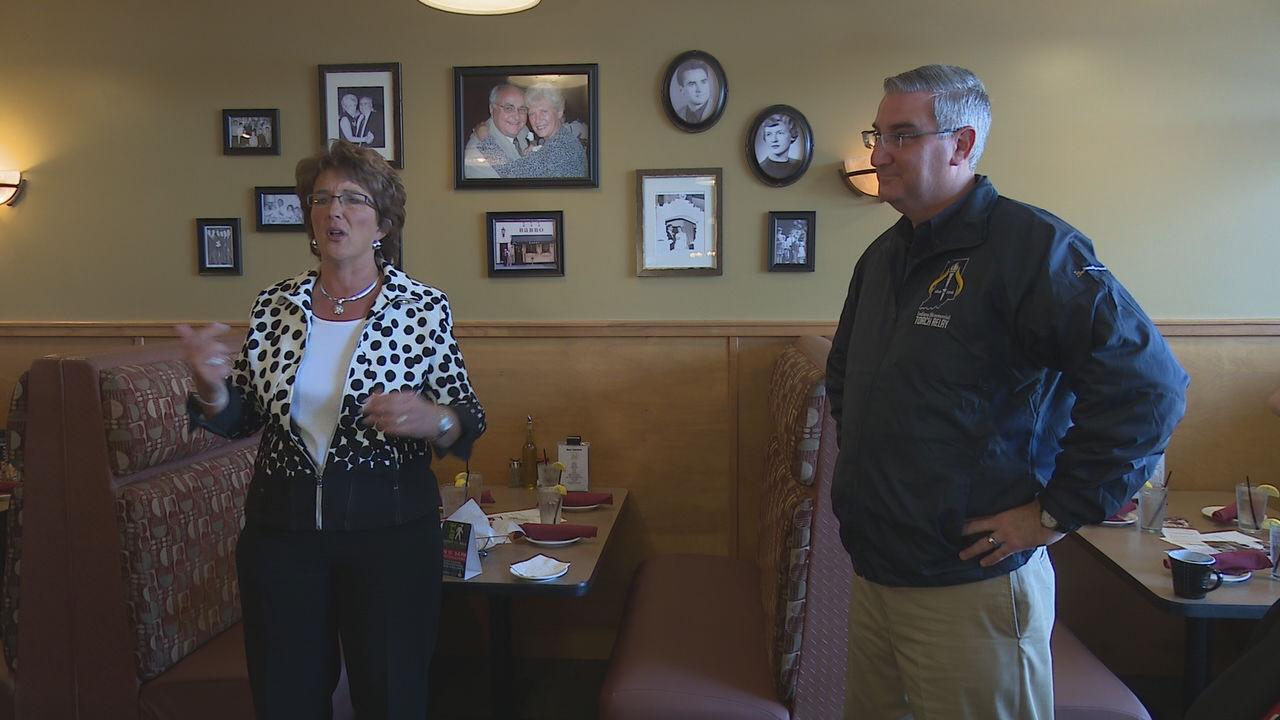 Eric Holcomb had campaign conversations with voters over coffee.

Top Republican Party nominees, including the Governor candidate, made a stop in Michiana just ahead of Election Day.

“We’re coming around that turn and heading down the final stretch, we can see that checkered flag and we’re pedal to the medal, all the way through to election night,” said Holcomb.

This governor hopeful, expressed nothing but confidence in big Republican wins on Tuesday.

And his supporters backed his beliefs.

Quite a few folks that attended the meet and greet, were pulling for Republicans down the ticket.

Indiana historically has been considered a “Red State.”

So despite the momentum behind his opponent John Gregg’s campaign, Holcomb doesn’t see that changing.”