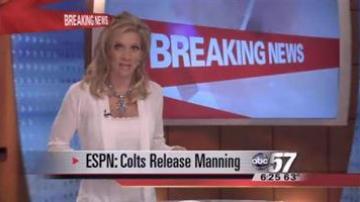 According to ESPN, the Colts have decided to release superstar quarterback Peyton Manning.

ESPN said that sources with the team gave the intel, and according to those same sources, the Colts will hold a press conference in Indianapolis on Wednewsday.

Both Manning and team owner Jim Irsay will be there.