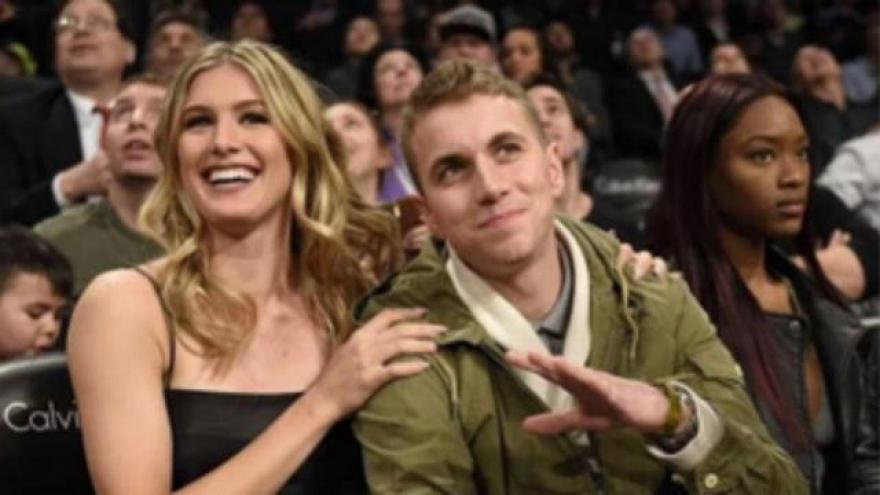 (CNN) -- Tennis player Eugenie Bouchard is a woman of her word.

In a storyline which will give many hope that dreams can come true, the Canadian has honored a bet she made with an opportunistic sports fan by taking him on a date in New York.

Bouchard backed the wrong team during the Super Bowl earlier this month, predicting on Twitter that the Atlanta Falcons would win when they were 21-0 up against New England Patriots.

Patriots fan John Goehrke challenged the 22-year-old, cheekily wagering that the pair go on a date should the Patriots win.

In a thrilling final, the Patriots -- trailing 28-3 with a little over a quarter to play -- produced an astonishing comeback, overcoming the biggest points deficit in Super Bowl history to defeat the Falcons 34-28 in overtime.

And on Wednesday Bouchard kept her promise, taking her 20-year-old blind date to an NBA game.

The 2014 Wimbledon finalist tweeted a video of herself and Goehrke as the pair watched the Brooklyn Nets took on the Milwaukee Bucks.

At halftime, Bouchard described her evening as "awesome".

"I was a little worried because his Twitter picture profile picture was a picture of Tiger Woods and I thought 'oh my God, he's one of those super-fans. I don't even know what he looks like.'

"But he's awesome, such a sports fan, we're getting to know each other. It's great."

Goehrke admitted he did not expect Bouchard to see the wager through.

"When she contacted me and all the plans started falling into place, I was surprised," he told YES.

"Like she said, I didn't even have a photo up on my Twitter so the fact that she even agreed to it without a photo was amazing."