Evansville woman 'shook like a leaf' while claiming winnings of $75,000 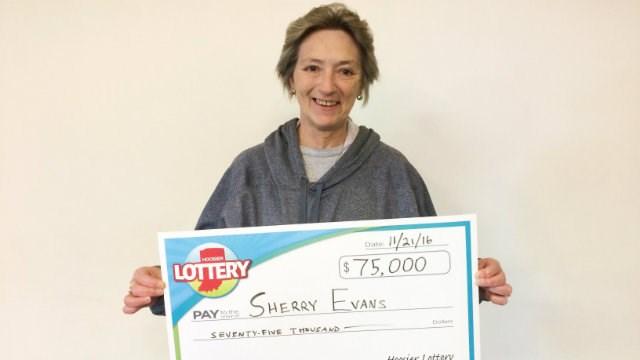 It was a lucky day for one Evansville woman who won $75,000 from a ‘once in a blue moon’ scratch-off purchase.

Sherry Evans said she ‘was shaking like a leaf on a tree’ while she and her husband, Jim, claimed her prized at Hoosier Lottery headquarters in Indianapolis.

According to Hoosier Lottery, the couple said they only purchase scratch-off games every so often.

Evan’s husband bought her a couple games and she won her money back. She used that money to buy more tickets and that's when she hit it big.

HL says Evans initially thought she had won a lesser prize of $7,500.

The couple says they plan on using the winnings to pay off their cars and live a more ‘comfortable’ life.