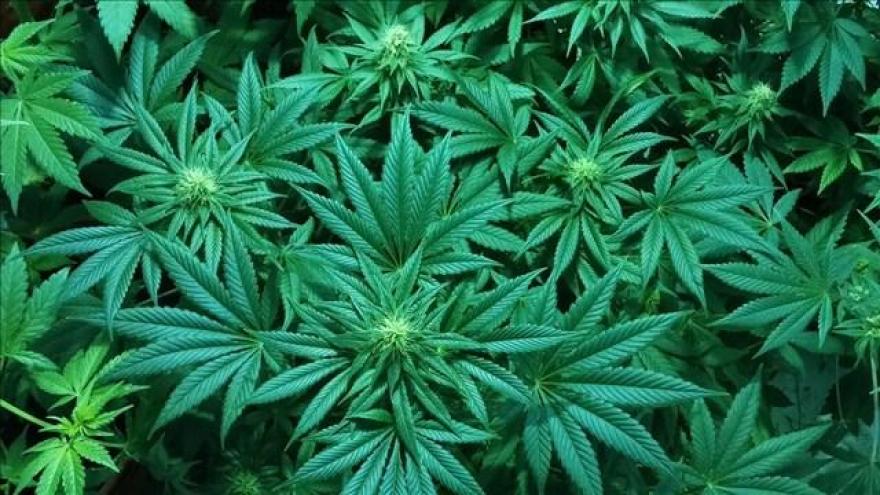 (CNN) -- Colorado may be home to legalized recreational marijuana, but you won't find any pot shops in the town of Hugo, where such businesses are not permitted.

Yet, somehow, evidence of tetrahydrocannabinol, better known as THC, has been found in the town's water supply, officials said Thursday.

Testing continues to determine the level of concentration, he said. The Colorado Bureau of Investigation and the FBI are assisting Lincoln County's investigation.

It has not been confirmed that the potential contamination was deliberate, Yowell said. But signs of tampering were found on one of the five main wells that supplies water to the town of 720 people about 100 miles southeast of Denver.

The contaminated well has been closed but preliminary tests suggest the entire water supply has been affected, Yowell said.

A reverse 911 call went out to Hugo residents telling them not to drink the water, Colorado emergency management department spokeswoman Micki Trost said.

The sheriff's office issued updates via social media urging people not to drink the water, shower or cook due to potential contamination.

After the news conference, the Colorado Department of Health said it is safe for Hugo residents to shower and bathe, describing the possible contamination as "short-term exposure."

As a precaution, until more information becomes available, the department advised residents to consider other sources of water for drinking and cooking.

Health effects from ingesting drinking water contaminated with THC depend on several factors, including how much THC is in the water, how much water a person drinks, and how long the person is drinking the water, the department said.

Worst-case possible effects from short-term ingestion include impaired coordination that could affect the ability to drive, increased anxiety and psychotic symptoms such as hallucinations or paranoia.

"As this has been a short-term exposure, we do not expect any permanent, long-term health effects," the department said.

Colorado is home to legalized recreational marijuana sales and production but local jurisdictions have their own laws. Neither Hugo nor Lincoln County have permitted such businesses.

CNN's Steve Almasy and Salim Essaid contributed to this report.