Ex-cop back in court for felony charges 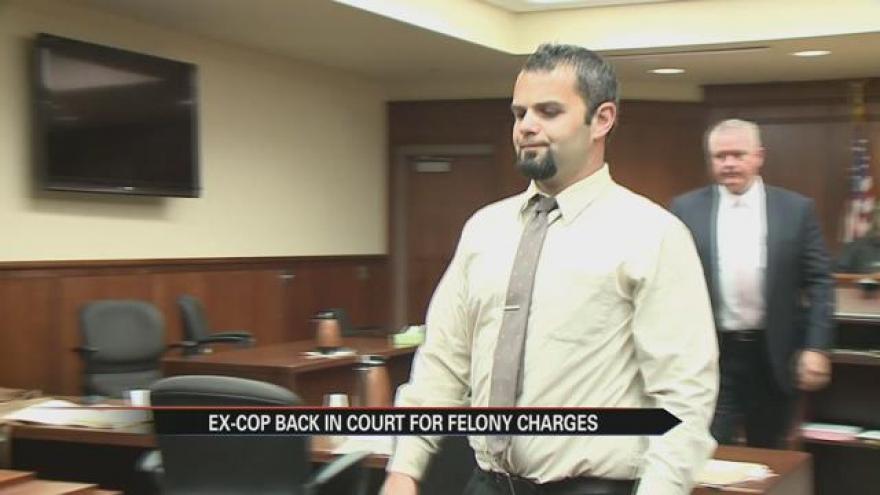 Kraig Mitchell, a former Coloma Township Police Officer facing several felony charges, is back in the spotlight after appearing in court Thursday morning.

ABC 57 was the only station with cameras rolling inside the courtroom.

“After much discussion between myself, prosecutor, Mr. Mitchell, and police involved we decided it’s best for Mitchell at this point to waive his right to have a pre exam,” said Don Sappanos, an attorney representing Mitchell.

“There’s not going to be a pre exam today or likely ever the next step we decided to take is the offer or proceed to trial,” said Sappanos.

Mitchell, who is charged with tampering with evidence, two counts of possession of a controlled substance, and obstruction of justice, now has two options.

“We can either accept the offer to try to negotiate best sentence as possible for Mr. Mitchell or file motion regarding some of the legal issues in the case,” said Sappanos.

If he chooses to accept the offer, he needs to plead guilty to counts 1 and 3 or counts 2 and 4.

But his defense team is leaning towards the other option.

“We think if successful on legal issue judge would have to dismiss the case we don’t think it would ever get to the jury,” said Sappanos.

“The prosecutor has made it clear that if we file those motions that they are going to withdrawal their offer,” added Sappanos.

Mitchell’s next court appearance is set for May 26.